The Attorney General of the Federation and the Minister of Justice, Mr. Abubakar Malami, has declared that “hoodlums” wearing military uniforms may have shot Nigerian protesters.

People campaigning against police brutality in Lagos, adding that it was too soon to tell if soldiers were involved.

EndSARS demonstrations across the country turned violent on October 20 when witnesses in Lagos said the military opened fire on peaceful protesters in the Lekki district shortly after local authorities imposed a 24-hour curfew, drawing international condemnation.

Soldiers and police killed at least 12 people in two Lagos neighbourhoods on October 20, according to witnesses and rights group, Amnesty International. The army and police have denied involvement.

Journalist quoted Malami as telling reporters in Abuja yesterday, that the matter was being investigated .

And there was a need to establish whether the shooting took place, who was responsible and whether the people who were shooting were part of the military.

“You cannot rule out the possibility of perhaps hoodlums that set in to create a scene… could equally partake in the process,”

Malami said at the news conference, which was also attended by government officials including the defence minister and finance minister.

He also said it was “pre-emptive” to conclude that there had even been a shooting.

Last week the military said the Lagos state government asked the army to intervene to restore order, but soldiers did not shoot civilians.

Malami, while commending the introduction of non-custodial sentencing by the Administration of Criminal Justice Act (ACJA), 2015.

He said the recent provision of a clear legislative and institutional framework for the implementation of the ACJA by the Nigerian Correctional Service Act, 2019.

Were efforts by the Federal Government at addressing the colossal problem of congestion in correctional facilities in Nigeria.

“The provision for non-custodial sentences such as probation, community service, restitution, compensation and suspended sentence by the ACJA 2015, was one of the main innovations of the Act”.

In his remarks, Chief Judge of the FCT High Court, Justice Ishaq Bello, said the signing of the sentencing guideline is a milestone achievement in the FCT Judiciary.

Because lack of sentencing guideline in the past has led to misconception with the court often being accused of either being unduly lenient or of playing to the gallery by imposing severe punishment upon conviction especially in cases of public interest. 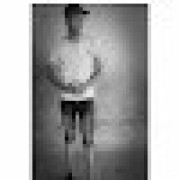 WELCOME BACK TO CAMPUS ADDRESS BY SUG PRESIDENT